I recently got to see the new Jane Eyre movie. It was quite pretty, but when you come down to it Jane Eyre is just not the story for me. I prefer something brighter and more cheerful. Like X-men. But I do have to give Jane Eyre points for the costumes (sorry Magneto, but I just prefer silly facial hair with a poet's shirt to the dumb helmet and jumpsuit). 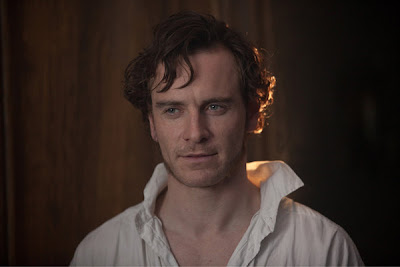 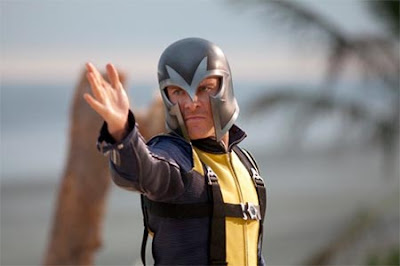 There were some pretty nice things throughout, but only one thing that struck me so hard I wanted to cry. Jane's bonnet at the end of the movie is heart-stoppingly jaw-droppingly painfully exquisitely lovely. I WANT IT. 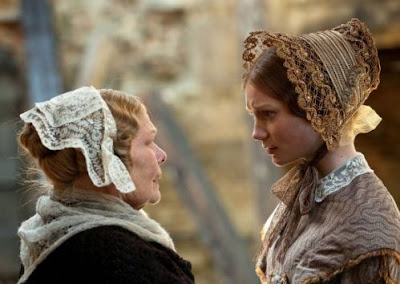 Posted by Antonia Pugliese at 11:07 AM No comments: 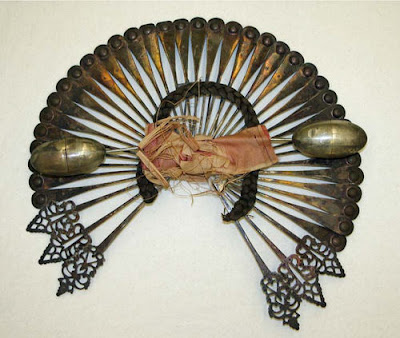 Do you ever stumble across something fascinating, but since you don't know what you are looking at you can't actually research it? I've been fascinated by this mystery headdress in the Met costume database because it basically looked like it was composed of three dozen spoon handles, half a dozen absinthe spoons, and two metal darning eggs. Seriously weird. Unfortunately, all the database could tell me about it was that it was made of silver and belonged somewhere from 1700-1906 (meaning they did not know, but the museum got it in 1906, so it must have been older than that). In fact, they got me even more stuck by saying it was Swiss, which I'm not sure I believe anymore. So for a long time this was just a mystery to me. Then one day I was looking at portraits and I found this painting of Princess Charlotte of Bavaria, later Empress Carlota, wearing "Lombardi National Dress." Ahah! So it is some kind of Italian folk headdress. That I can believe. 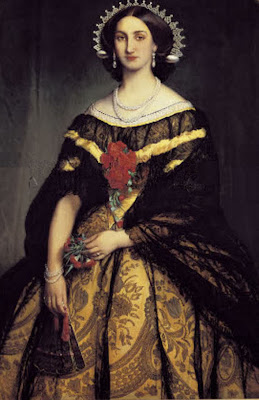 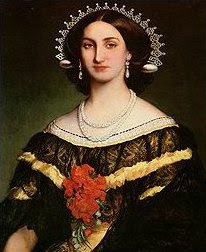 I also got lucky and found this one at the V&A. It is silver and actually dated to the 1860s, made by Carlo Pirotta and from Milan. It also might be called a "Raggiera," and though I don't really know what that means I think it is something to do with being radial like a sunburst. What I find odd is that these are loose pins - since I can't imagine trying to arrange all those in your hair securely, I'm guessing that this is just an un-assembled version and that they usually are affixed to each other before they fix to the head. But even so - how do they fix to the head? 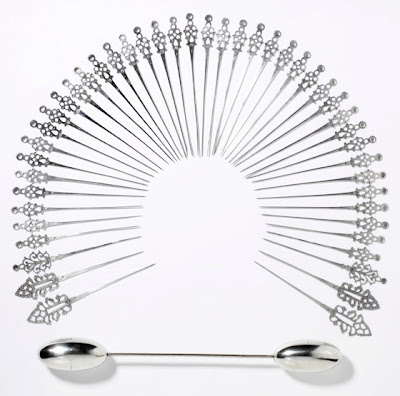 I then found this website which has a couple of old pictures of women wearing these headdresses, including one picture from behind. Score! 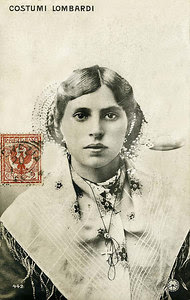 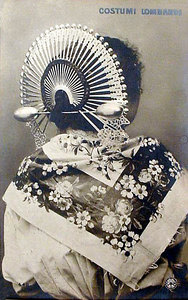 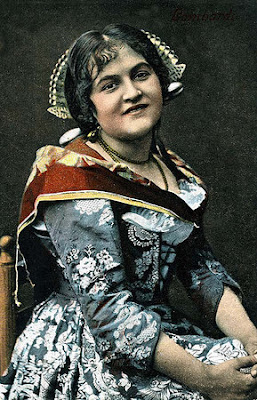 And then I located another image of "Costume Lombardi," which is really very pretty. So I still don't really understand this headdress, but I have enough clues to pronounce this case closed. 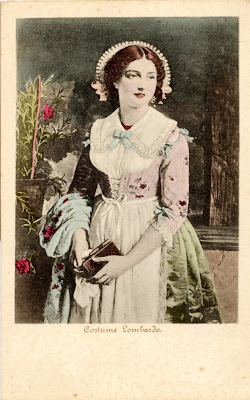 Posted by Antonia Pugliese at 11:04 AM 4 comments:

My best and most 19th century friend has recently returned from a year studying in Edinburgh. Obviously, I am thrilled to have her back. Because she's been spending all that time in Scotland, she has developed an obsession with tartan, so now every time I come across tartan things I think of her. A while ago I sent her this fashion plate of an 1860s woman in a sash. I thought it was a cool way to incorporate trendy tartan into an outfit without doing a great deal of work (although don't underestimate the coolness of doing a great deal of work - she is planning some really crazy cool stuff). Anyway, just now I stumbled across an antique clothing dealer with this sash on her website (Meg Andrews, here). It's an actual tartan sash from the mid-nineteenth century. How cool is that? 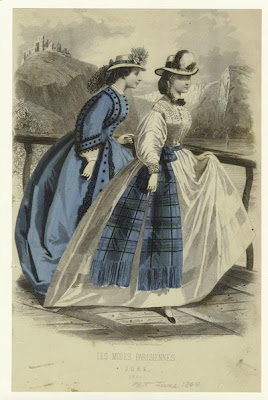 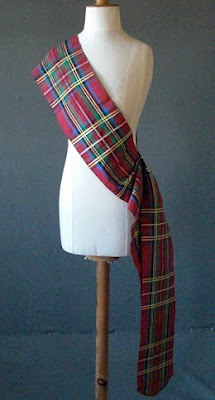 Posted by Antonia Pugliese at 2:30 PM No comments:

I owe you so many cool posts. Here are some pictures from way back at the beginning of May. The little steampunk mini-con that Mother and I brainstormed a long while ago, and which the Charles River Museum of Industry made such a fabulous success, grew this year in to a Waltham-wide event called "Steampunk City." Unfortunately, a lot of the events we were going to be involved with got cancelled, but we did have a lovely little ball at the Museum as part of this monster event. For strolling about we hadn't made any particular plans, so Julia and I threw together casual steampunk outfits that morning from things that happened to be in our closets. Yes, we have closets of epic, colossal proportions. 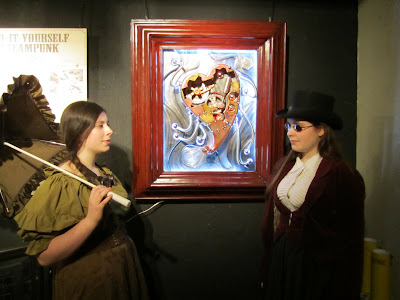 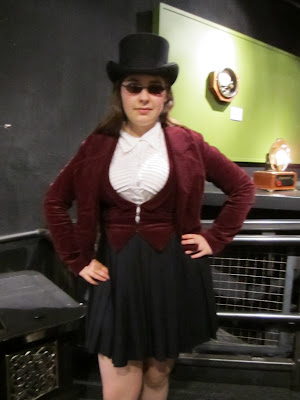 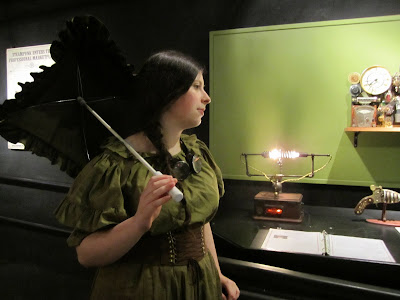 Posted by Antonia Pugliese at 2:22 PM No comments: 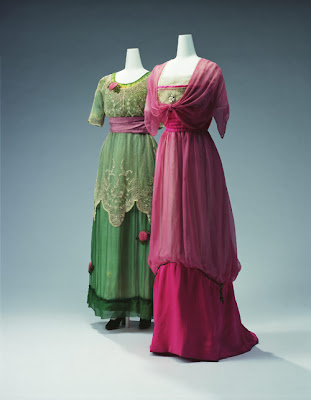 Before the plaid 1860s dress, I made a ragtime dress for my little sister. It is roughly inspired by this totally exquisite dress in the Kyoto Institute. I think it could use some modifications (like a lighter colored belt), but it is basically cute, and she looks very pretty in it. Not bad for a very quick job. 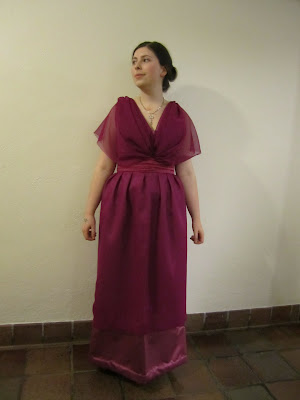 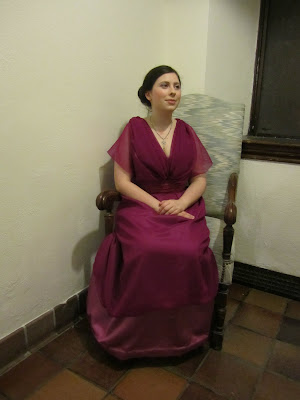 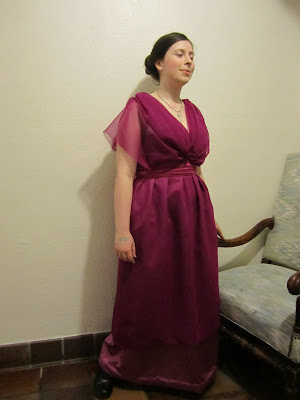 Posted by Antonia Pugliese at 11:33 AM No comments:

Happy Memorial Day! Well, yeah, I'm kind of late for that. In fact, I've been really slow at putting anything up here for a while. Sorry. On the bright side, I can assure you that I have actually been doing and making things - just not posting about them. I can do that now!

Mother did the Memorial Day parade thing on Monday, and I decided that she deserved a brand new dress for it. I happened to have this sheer plaid fabric hanging around, so I made her a dress! Hooray! I think it is quite nice, and am quite proud of the matching plaid on the front (hopefully you can't even tell, but that is where it closes). 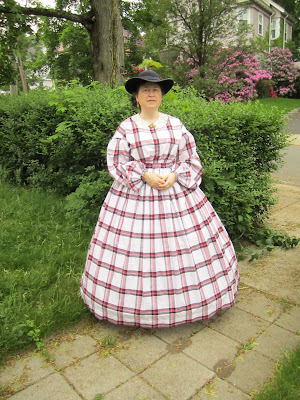 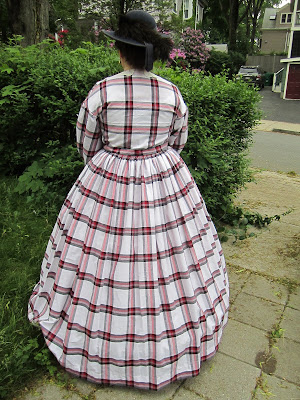 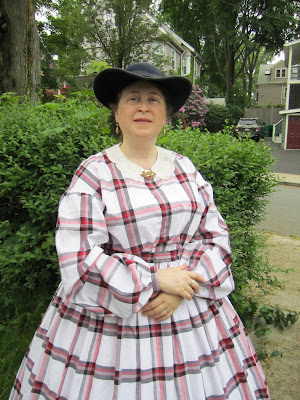 Posted by Antonia Pugliese at 11:21 AM No comments: