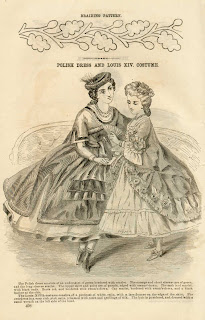 But wait, there's more. This is from December 1863, and isn't it lovely?
THE POLISH JACKET.
This stylish costume may be made of any material. We would, however, suggest black silk as a pretty contrast to the swan's-down with which it is trimmed. It is merely a pointed waist, trimmed with down. A braided band trimmed with swan's-down is then laid on to form the jacket and girdle, giving the lower part of the waist the appearance of a vest. 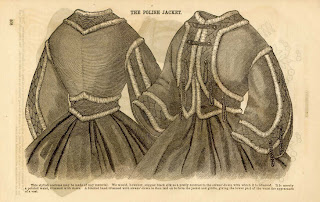 And here is an October 1864 Polish Coat. 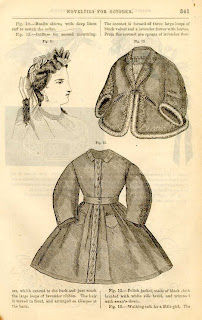 Fig. 12. Polish jacket, made of black cloth braided with white silk braid, and trimmed with swan's-down.


Interesting, no?
Posted by Antonia Pugliese at 10:01 AM