We've been having more days and more classes, but I find that classes are not very good photographic opportunities. On the bright side, we did listen to Hannelore give a neat talk on the history of the Kor, a Hungarian dance we've been learning. It has a long political history linked to the history of Hungary (with the Kor being a more popular dance when Hungary was well liked, and then falling out of favor at bad political moments). Unfortunately the talk was mostly in German, so I understood very little, but I do understand pictures. These are from a book she put out on display. First of all, doesn't this look like a wild party? We've used the funny hand-on-the-head position that some of these men have for the dance in class. 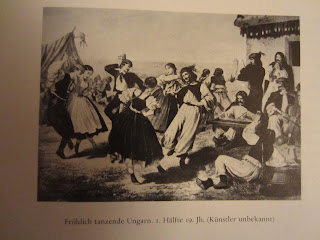 Also, is this or is this not a picture of a man holding a goat which is smoking a pipe? Hilarious (though I have no reason to believe that is really what's going on). 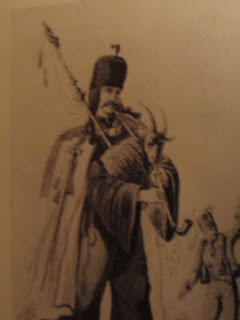 Now this is a cool picture from 1860 of a ballroom scene, but a lot of the women are wearing fancy ballgowns inspired by Hungarian national dress. Notice the shape and lacing of the bodices, and the pretty lace aprons on the skirts. It reminds me very much of Empress Sisi's Hungarian inspired dress, don't you think? 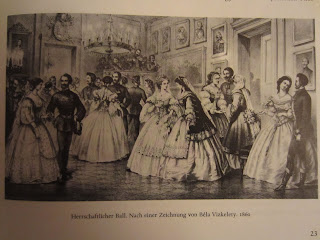 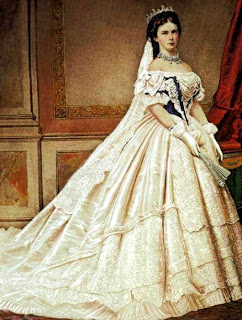 We also had an informal evening dance party. The theme was revolution, but we just wore our earliest regency vaguely french revolution-ish dresses to make packing easy. Also I look demented in pictures, which is a shame. So instead, make sure to focus on the EXPLODING CAKE! Pyrotechnics are fun! 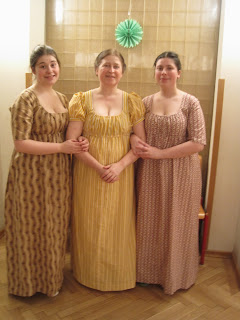 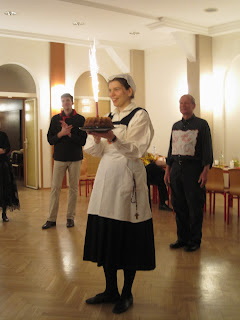 Posted by Antonia Pugliese at 3:30 PM