Shopping, pastries, and an exhibit on fans and gloves... Here are some highlights.

I love these... in Vienna, you don't just get hot dogs from a hot dog stand. You get a tasty crusty roll STABBED WITH A GIANT SPIKE and then filled with a hot dog and condiments. Oh yeah. 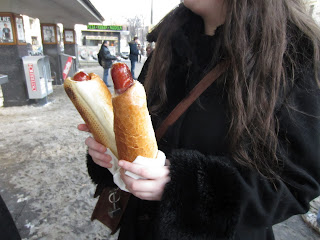 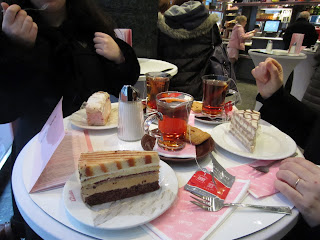 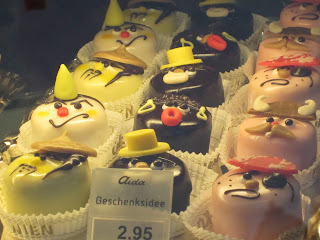 And from the exhibit:
"Brise Fan with autographs from the ball of the Weiner Musikfreunde," 2nd half of the 19th century. 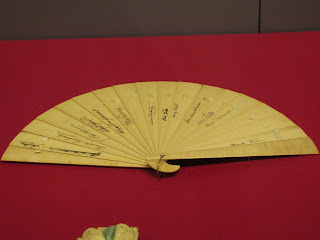 I've been seeing a lot of fans like this in portraits... small roundish fixed fans for the mid-19th century and long ostrich fixed fans for late. They are kind of weird, but distinctive. I think I want one. I should probably figure out a handle, since I have some appropriate ostrich feathers already. With no moving parts, this would not be difficult to accomplish. 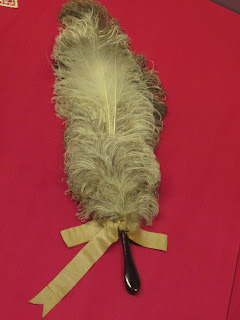 Of course, if you're going the fixed-feather-fan route, why stop at plain old ostrich? 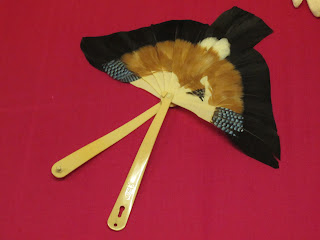 16th century Venetian flag fan, for any readers who are interested that far back. It was pretty cool. 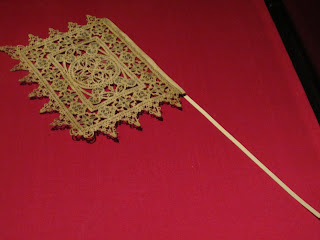 Posted by Antonia Pugliese at 10:23 AM