Yesterday I went to a clothing store (Vintage Revenge in Harvard Square) with a gentleman who bought, among other things, a seersucker jacket. While I was talking to the woman who runs the place (a delightful character, really), she mentioned that seersucker suits are a big deal right now. She had just sold several, and was worrying about not having more in stock. Yes, that's right, seersucker is trendy.

Surely not, I thought to myself.

This morning on the news, one of the anchors was wearing a seersucker suit. Then later they had one of those trendy clothes analysis people narrating a trendy-summer-work-appropriate fashion show. Sure enough, the first thing featured was a seersucker suit.

No way. Then again, this does look sort of trendy, doesn't it? I guess so. 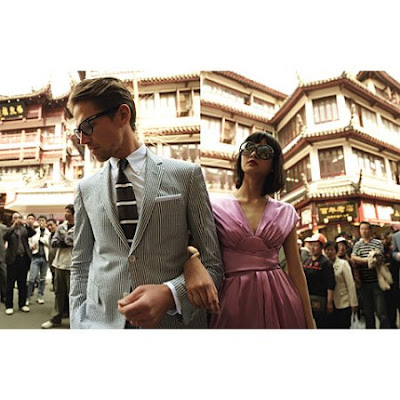 I will support any item of menswear that I think would be at home in the Drones Club (go look up some P.G. Wodehouse!). I'm just not used to anyone normal enough to be a news anchor or a trendy-clothing-analyst agreeing with me. This could be good. Next thing you know, we'll have men wearing hats, and then the world may well be saved. I'm pretty excited.

But then, perhaps I should have known. Maybe it is all a Chuck Bass inspired craze. I could certainly forgive that... there are far worse male fashion icons to emulate, and not enough people have heard of Bertie Wooster. 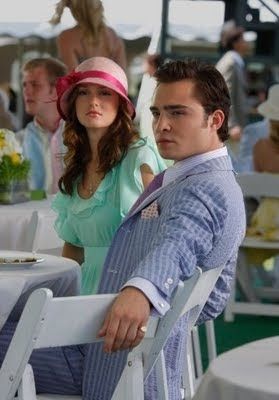 Posted by Antonia Pugliese at 1:54 PM