Steampunk 101: What is Steampunk?

My previous post was a rather philosophical approach to Steampunk style, and I realized that a lot of people haven't come across the concept at all before. So now, I present to you a basic overview of the fashion elements that are most frequently seen in "steampunk," with some narration from me about why I think these elements have come up and whether or not they make sense. So here is a crash course in the most recognizable elements of Steampunk fashion. 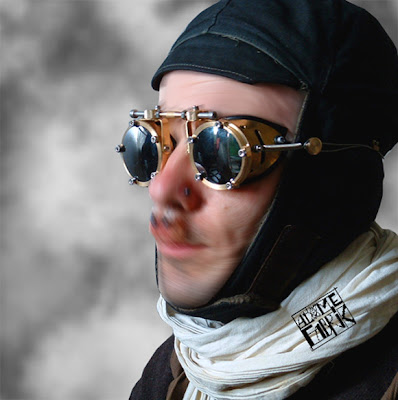 Steampunk is about adventure and science. Goggles protect your eyes from both adventure and science. They are an easily recognizable and particularly fashionable indicator of your dangerous, eye-compromising lifestyle. There is even variety in the style of goggles, making them ideal both as fashion accessories and as emblems of pride for your Steampunk life. Aviators and airship pirates wear aviator goggles, while serious engineers wear welding goggles, and the more polite segments of society wear more decorative and delicate versions. Goggles are obviously practical, and yet Steampunk goggles are usually decorated and unusual. Semi-practical objects which are excessively complicated (and probably designed by a mad scientist or a mad seamstress) are very Steampunk indeed. 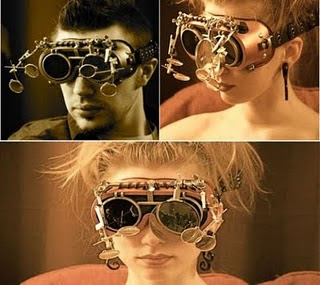 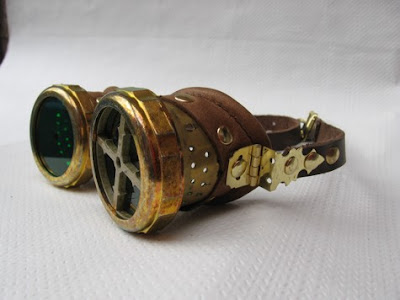 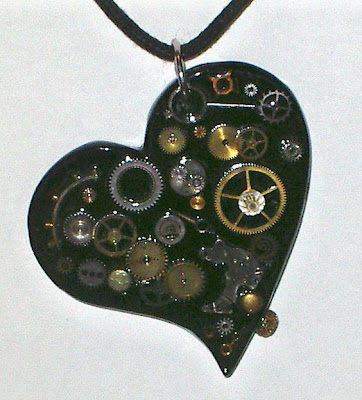 There are three reasons to incorporate gears into your clothing for Steampunk. The first is gears which do, or appear to do, something. This is obviously fitting because of the obsession with mechanics and science. If any part of your outfit is or is made to look like a machine with gears and moving parts, fantastic. Reason two for using a gear motif is if you like the look even though you do not really have any mechanical wonders under your belt (or on your belt, or attached to your skirt, etc). Steampunk is a society obsessed with the gear motif, often beyond the point that I can understand. This is why you can get away with reason three - apparently you can sell things if you sprinkle on some gears and call it Steampunk. I have seen this done well, but I have also seen completely mundane items "Steampunked" by the addition of a couple of gears or gear appliques. I honestly can't explain why this works, but I guess it does. 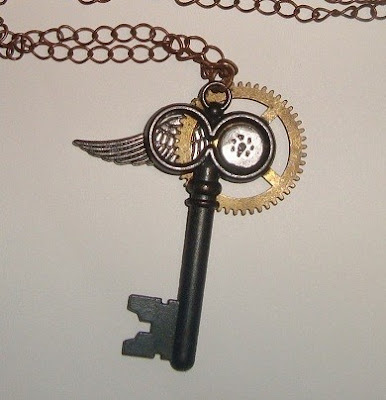 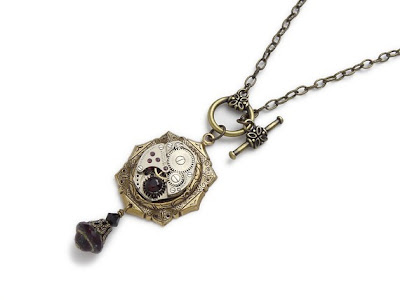 I honestly believe that clocks are only Steampunk because gears are. Timepieces, especially pocket watches, are the most 19th century and most easily portable machines that are easily available. Now combine the convenience of a watch with a fascination for gears and mechanics, and you get the trend for exposed watch-movements and watch-themed jewelry (also, I think the fact that you can buy these things at Urban Outfitters doesn't hurt). Really, though, I would be interested to hear if anyone thinks they have a more fundamental reason for clocks and timepieces being so popular in the Steampunk aesthetic. I think it must be a continuation of the gear fascination, plus some convenience and 19th century influence. 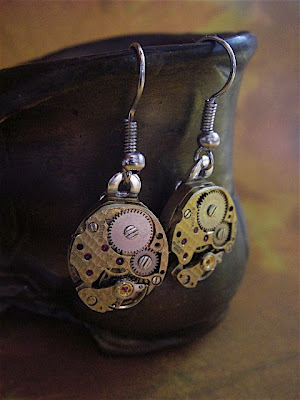 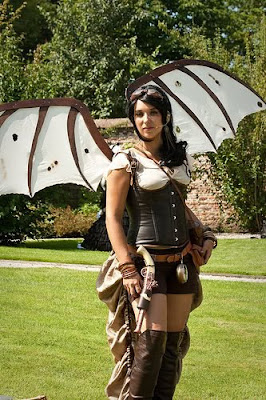 Wings are an increasing trend, from what I have seen. I think this is a combination of delight with mechanical objects, and the interest in aviators and adventure. It is neat if you are so much of an adventurous aviator that you have a personal flying machine, and it is only better if you are also enough of a scientist to have built those wings yourself. 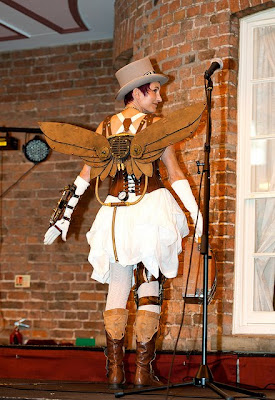 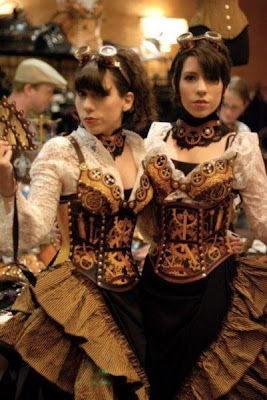 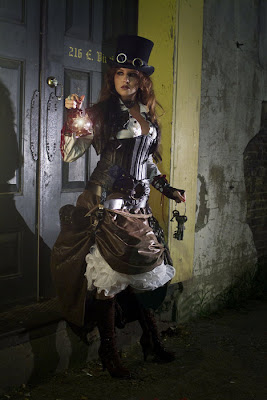 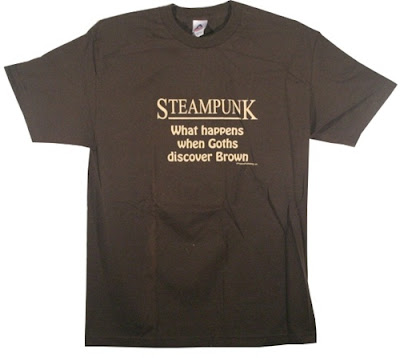 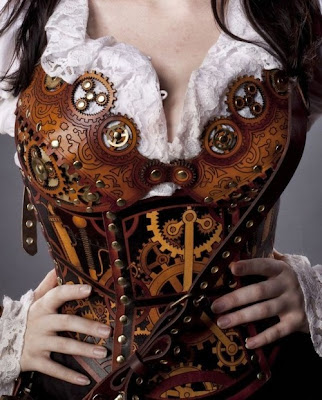 Buckles look practical for adventuring, but decorative for fashion, and also sensible for strapping on machines and scientific gear. They look good made of brass, on straps of leather, over brown clothes. At this point I hope it makes sense, then, that buckles are Steampunk. 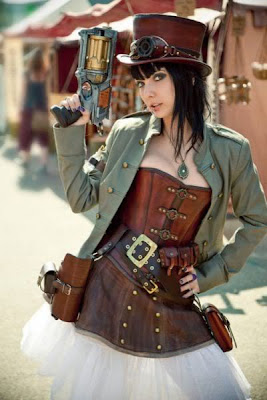 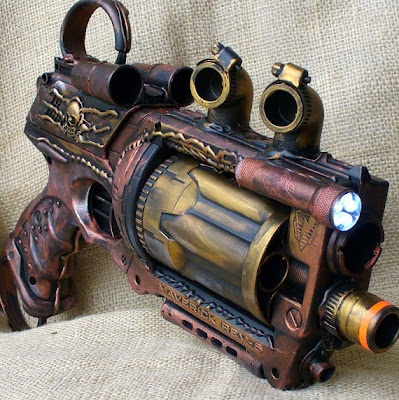 These modified toy weapons look like tools of adventure, but designed by deranged scientists. They look practical and excessively complex. They are certainly Steampunk in that respect. They also appeal to the do-it-yourself nature of much of Steampunk, which might explain why they are just so popular and far-reaching. 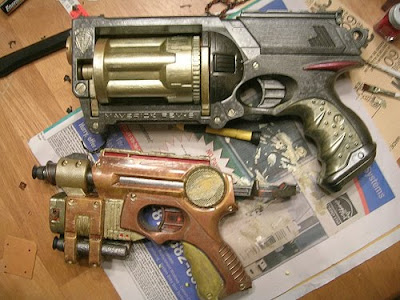 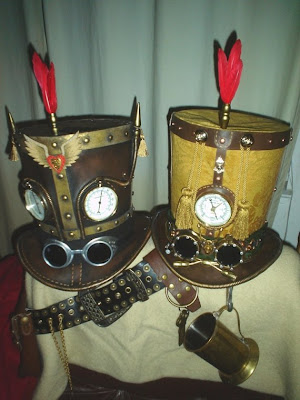 In the 19th century, these would have been worn by gentlemen daily. In the modern day, they are practically never seen. This makes them a nice and obvious fashion indicator that you are being old fashioned. They are also an excellent perch for goggles (for while you always see goggles on Steampunk enthusiasts, you rarely see them actually worn over the eyes in the heat of science). Women, while they would certainly have worn hats, would not likely have worn top hats, so this also appeals to the idea of doing the 19th century, but somehow a little off or wrong. 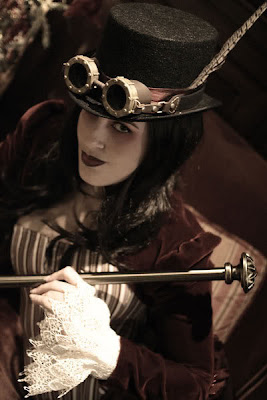 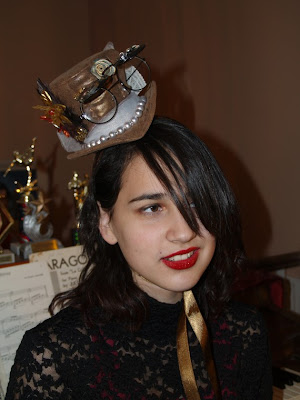 I don't understand this. I saw these mini top hats in Gothic Lolita fashion long before I saw them appear in Steampunk, so I worry that these have shown up in a "Steampunk is what happens when Goths discover brown" kind of way. I just don't see the reasoning for why these are particularly Steampunk, although I could totally see vendors of Gothic Lolita miniature top hats identifying Steampunk as the cash cow it is and trying the "dye it brown, slap on some gears, and call it Steampunk" style of marketing. Anyway, given how much I have been seeing this trend I thought I would mention it, but if anyone can explain it to me better I would be happy to hear. 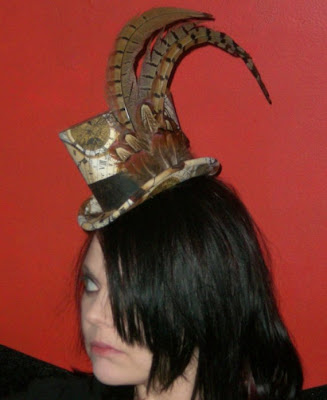 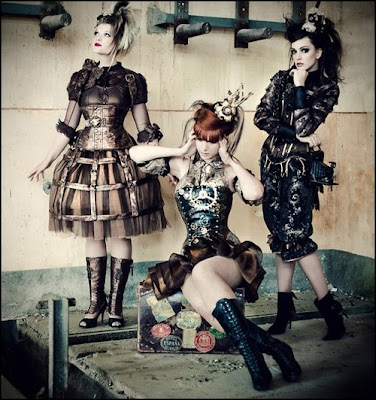 The Steampunk triumvirate is Science, Adventure, and the 19th Century. These foundational garments are 19th century engineering marvels in their own right (there's two parts). Now if you wear them exposed or on the outside, doing the 19th century but wrong, this implies that your lifestyle is too adventurous for you to wear your clothes correctly. That's all three! Or at least, that is my take on it. It might just be spill-over (pun not initially intended) from renfaires and science fiction conventions where women think it is a grand idea to wear ill-fitting corsets, simultaneously proving their alternative-ness and hiking their bosoms up to eye level for easy viewing. But I hope it is about science, adventure, and the 19th century. 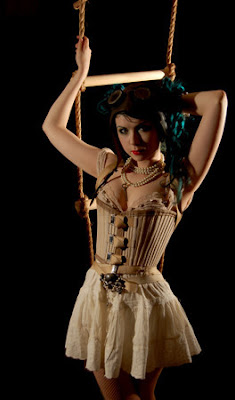 Posted by Antonia Pugliese at 10:37 PM