After Dancing with the Dashwoods

The ball this weekend was spectacular. We had about 150 people there, which was really exciting, and most of them had at least made an effort to wear Regency clothing - some of them had really fabulous outfits. The dancing was also really exciting, and I hope everyone enjoyed dancing as much as I enjoyed watching them dance. It was just too cool! All in all, Mr. Darcy might not have approved, but I am sure Kitty and Lydia would have had a blast! 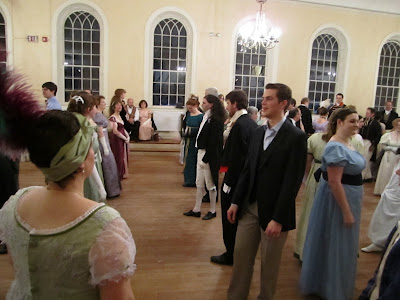 Time for the fashion show. Julia wore mother's yellow silk dress, and a pearl collar I made years ago but which has, I think, never been worn. Mother wore a beaded net overdress we had lying around over a seafoam silk underdress (which we started making at 11 PM the night before) and a turban (which I threw together experimentally that morning). I wore a new, fairly plain, cream colored dress with embroidery which we started during school break, but which Mother did most of the work for while I was at school. I accessorized with a necklace of gold filigree beads mother often wears, then twined a strand of similar gold filigree beads (earmarked for a different project) into my hair, then added a pair of really spiffy earrings from the Uffizi gift shop. And red boots - always the signature red boots. The hair was mostly inspired by a portrait that I included in my regency hair post - I'm not sure if she has little combs or if she did exactly the same thing as I did with the beads, but either way I think I got the right feeling going. 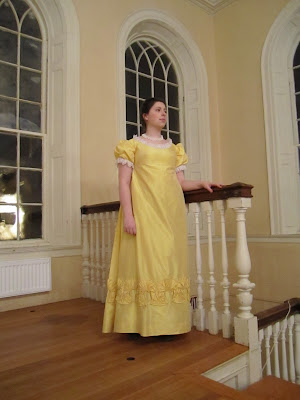 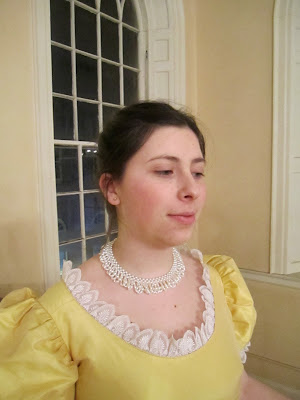 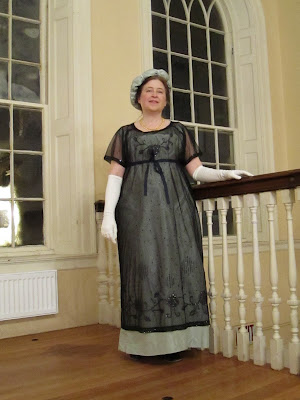 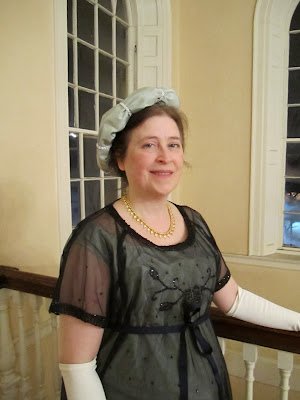 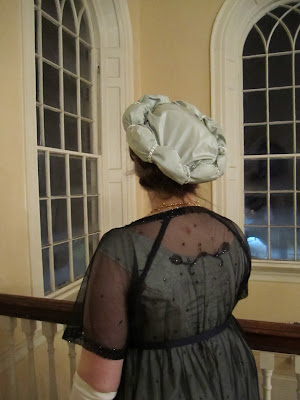 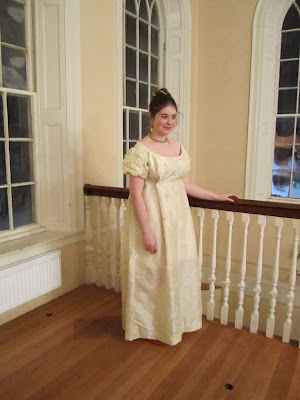 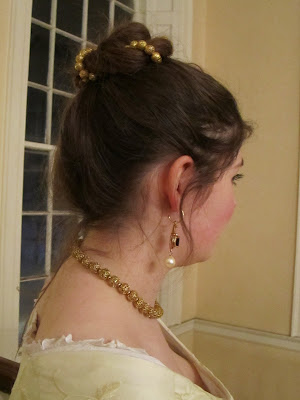 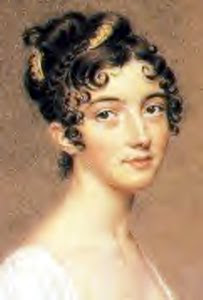 Posted by Antonia Pugliese at 1:20 PM