First of all, I love this set of pictures that mother took. So cool! 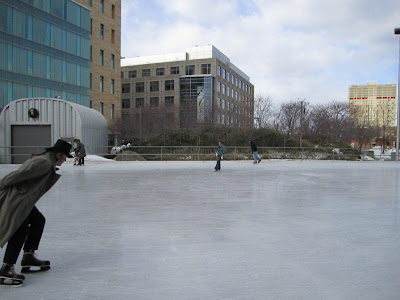 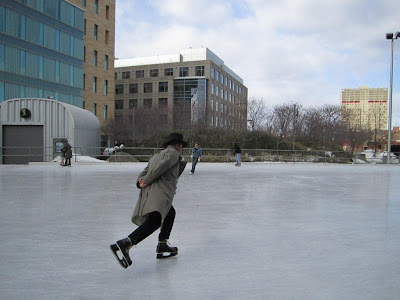 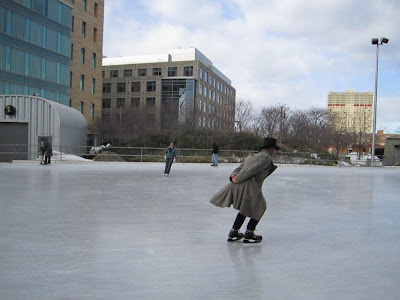 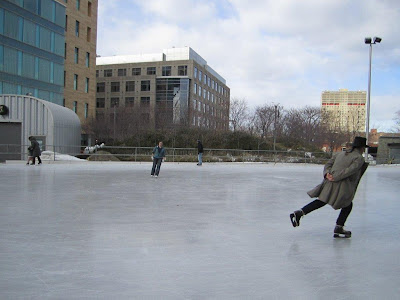 Let us just say that this gentleman was a much better ice skater than I was. In fact, let us further say that it is a total surprise I only fell dramatically once. My knee is all purple... Ow! Other highlights of the afternoon include hearing Cake on the sound system (somehow I don't think it is actually because the ice skating people read my blog... but it was a fun coincidence), and of course watching Julia's cape flip over her head and blind her - repeatedly - as she attempted to skate around in the strong winds. Those winds were REALLY strong.... there were times when I was standing still but the wind blew me across the ice until I was actually moving pretty fast. And of course, if you were already moving at a reasonable speed, the wind make that speed unreasonable.

As for what I wore, I started with my brown federal-era dress, made from a (very pretty) Past Patterns pattern. This is the same one I wore in Vienna. To make it a little more day-wear-like (i.e. less astoundingly busty), I added a make-shift fichu to the neckline. Now, remember all my lessons about how to fake the outfit by getting the silhouette as close as possible? I did not have a pelisse, but I did have this cute 1960s jacket with an artificially high waistline. I pinned the lapels up and decided to go with it. Honestly, the giant velvet buttons say Ragtime to me, not Regency, but these are details! Then to stay really warm, I added a little red caplet that I recently made, and a hat for good measure. 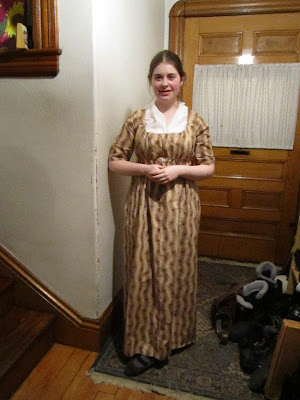 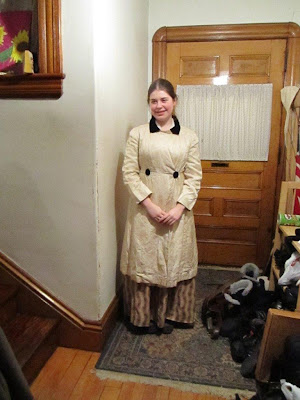 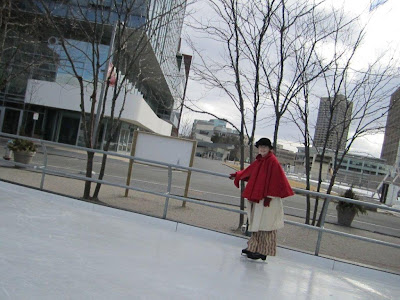 Posted by Antonia Pugliese at 1:59 AM