On Sunday I went with a friend to wander about Boston. It was way too hot and humid for me (my friend is from Florida though, bleck!), but it was also very pretty out. It was surprisingly busy, since we didn't know the walk for hunger was that day. It was also a little chaotic, because there was a giant pipe break that compromised the water supply for Boston and several surrounding towns. It was a bit of a mess. Starbucks was not allowed to sell drinks with ice in them, because the water is not sanitary. McDonalds wouldn't even sell hot coffee, which is presumably boiled. Anyway, that was not my point.

The point is that we saw lots of lovely things (seriously, the tulips in the public gardens are incredible right now), including a Quidditch Match! Emerson college a
ppears to have a very serious quidditch team. The game seemed a bit complicated for me to really understand what was going on, but it was interesting to see. They all had brooms and everything. Here are a couple of pictures. 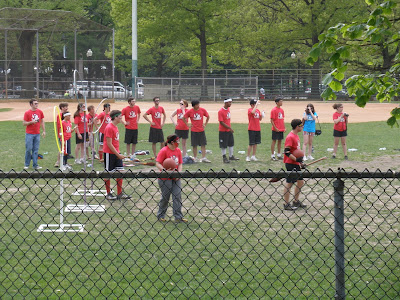 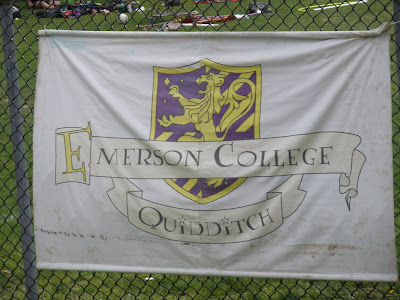 Posted by Antonia Pugliese at 4:20 PM