Once upon a time, I saw a trailer for Charlie Bartlett. It looked like potentially the best movie ever. I got excited. I waited for the release. They postponed it. Still I waited, expectantly hoping. They postponed it again. I began to worry. Then I began to worry more, because at this point I'd been waiting and excited for so long that I was not sure any movie could live up to these expectations. I prepared myself for disappointment.

I was wrong. When I finally got to see Charlie Bartlett, I was not disappointed. It was fabulous. Go watch it! Charlie Bartlett is a rich kid who just wants to be liked. A string of non-malicious and yet illegal ventures (which did, admittedly, make him popular) has gotten him kicked out of several private schools. Now it is time for public school. His somewhat out-of-touch-with-reality yet very sweet mother worries when he gets beaten up by the public school bully, and sends him to a psychiatrist. Eventually, Charlie sets up with an office in the boys' bathroom, listening to the problems of his fellow students and dispersing medication as is appropriate (while faking different disorders for a string of psychiatrists to get the prescription drugs). What Charlie fails to recognize is that dealing prescription drugs is never really appropriate. Whoops. In a very Pump Up the Volume sort of way, Charlie accidentally takes over the school from the troubled-alcoholic-principal-and-father-of-Charlie's-love-interest, and has to grow up and put all his actions to rights etc etc etc. 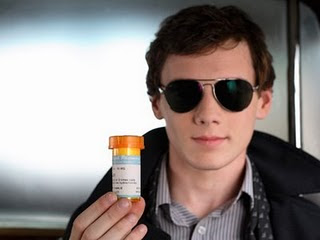 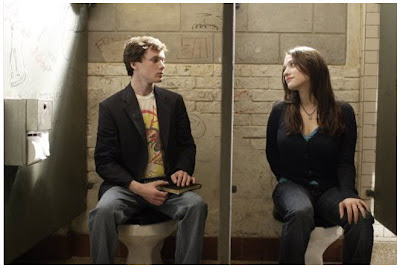 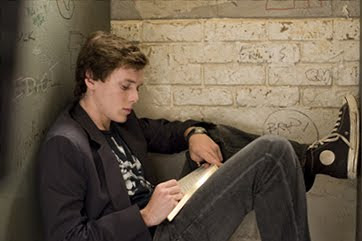 Why is this movie so great? Mostly because of Anton Yelchin. I can't even say enough good things about him, but he is wonderful as Charlie Bartlett. He is also wonderful as Chekov in the new Star Trek movie (which I also though was great). Anton Yelchin is great. I am so glad he became an actor instead of an ice skater (his parents are Russian figure skaters). The rest of the cast is great (I think it may actually have been the mother that made me fall in love with the trailer, and Robert Downey Jr. is great as the principal). The plot is darling, and there are some really delightful lines. In a movie where Anton Yelchin really is the show, the subplot with Murphy the bully almost manages to steal the show. Seriously, Murphy is great. 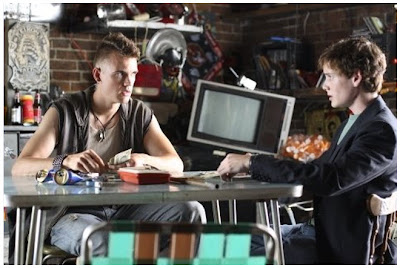 This movie is so charming. I totally love it. 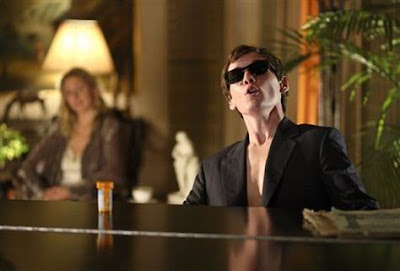 Posted by Antonia Pugliese at 1:28 PM