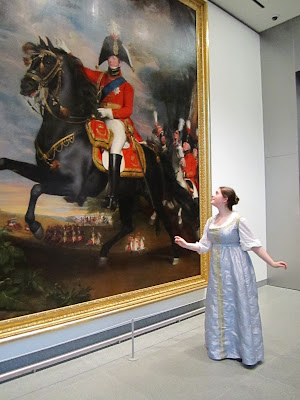 That's me, admiring the Prince of Wales! Too cool! This weekend we went to the Museum of Fine arts to look at the new Art of the Americas wing. I got to see lots of pretty paintings, and even a fabulous dress. I also got a chance to debut the new dress I made last week. It is inspired by Princess Charlotte's Russian jumper, though not by any means a direct copy. Mostly I was inspired to make a light blue, silk-like jumper with gold scalloped trim around the arm and neck holes and in two stripes down the front. Hers was made in two pieces, mine is just one. Hers has some kind of buttons decoratively down the middle, mine does not. Her back is very curiously shaped, but I did not bother with that sort of thing. I feel like it looks really wrinkly in these pictures, which is too bad, but it was still nice. Wow, I sound too negative, but don't mean to be - let's try again. This dress is really cool and pretty and sparkly and I feel like a princess! 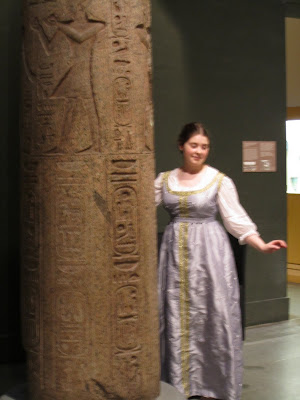 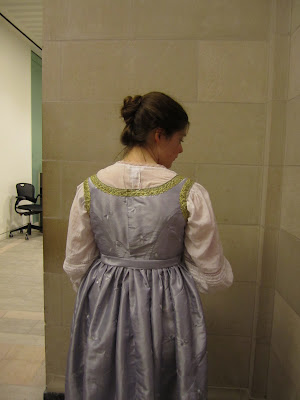 For comparison, here is Princess Charlotte: 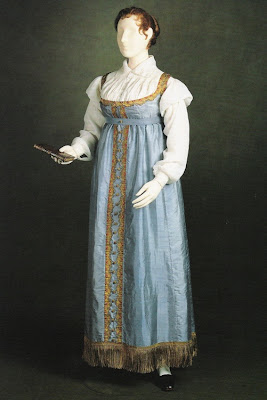 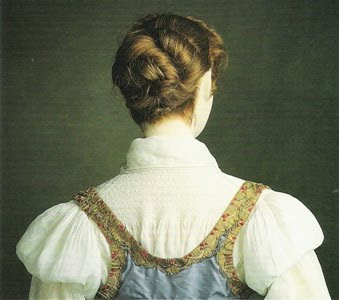 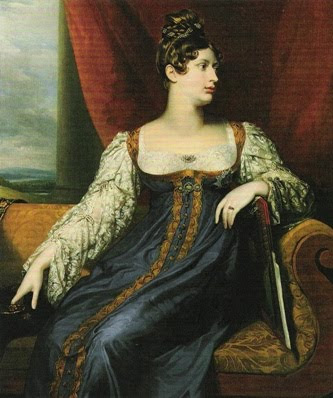 I also added a "spencer" for traveling (it was cold and snowy!). Actually, this is a great example of cheating by wearing a modern garment with the right lines for the period. Actually, I had to pin up the weird tail of the jacket in the back, but I think it looks pretty good, and was otherwise pretty similar in idea to a real regency spencer. 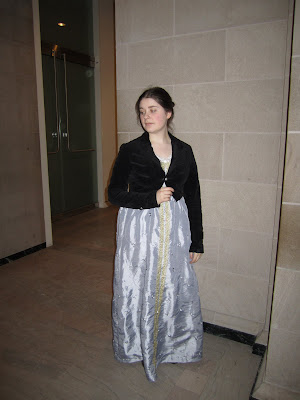 I should have gotten more group shots, but I failed. Mostly, I have pictures of me with my little sister, because she was also wearing a regency dress and we are super cute. Here are a couple other pictures too, of my mother (she did 1860s with a white cotton with red sprigs dress), and Katy Bishop (who wore a fabulous pink 1880s dress). 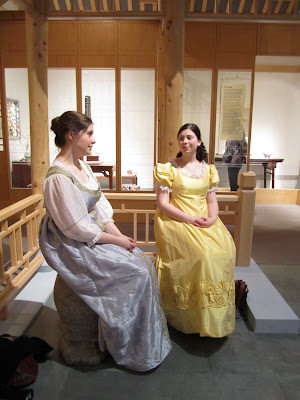 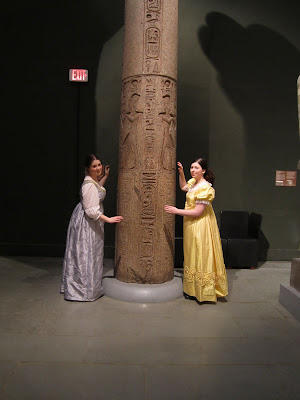 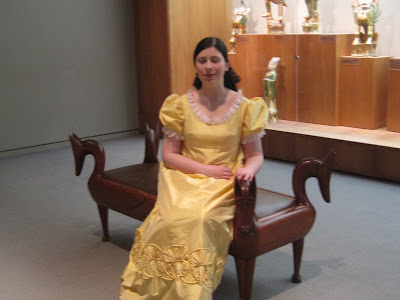 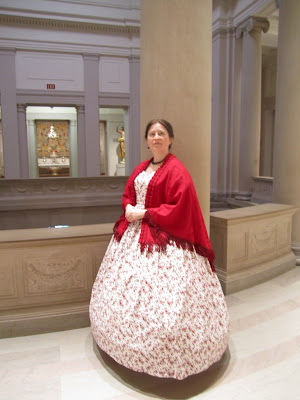 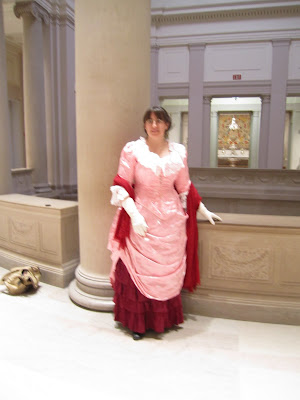 Posted by Antonia Pugliese at 11:30 AM