Fur Boas of the Nineteenth Century

Here we are in the dead of summer, and I've developed an interest in fur. Fashion knows no reason! Actually, I think the issue is that I've been watching long miniseries set in Russia (most especially War and Peace, but a few others too), and everyone just looks so good in those furs. Anyway, on a whim I started looking for early pictures of fur boas. I feel sort of weird about those (are they scarves? stoles? collars on steroids? Where does one draw the line?), but no matter how you cut it I've found many more pictures than I would have guessed I would, so I'm collecting them here in roughly chronological order. Get ready!

So to start off really early, here is an 18th century portrait of Caroline von Baden. 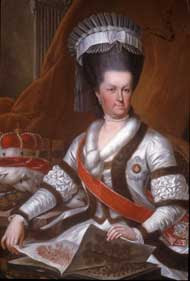 I've seen these cute ice skating pictures before, but I never really noticed that the women are wearing fur boas. Cool! 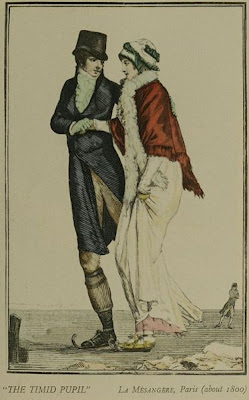 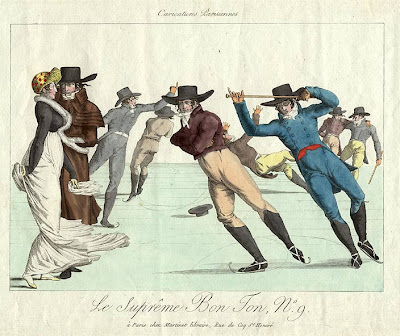 And another regency portrait - I adore this one! 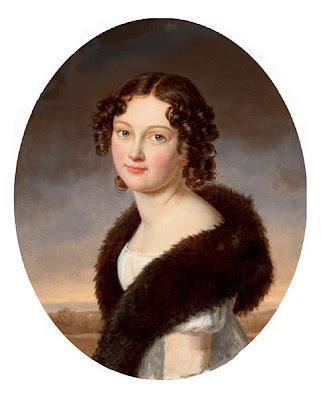 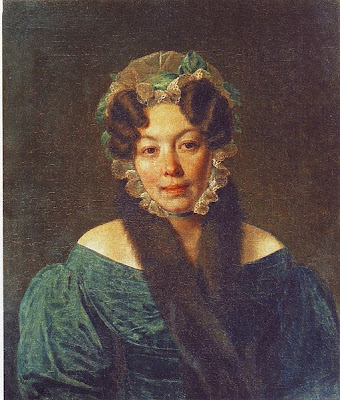 This is a hilarious caricature from 1829. Look! Her "great boa tippet" is a boa constrictor. Tee hee. 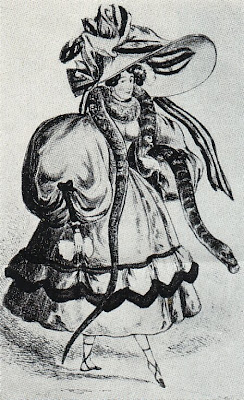 This is a picture of Fanny Essler's sister (I wrote a little about her while on my gypsy ballerina kick - she was a very famous ballerina). Knowing that, it must be approximately from the 1830s. 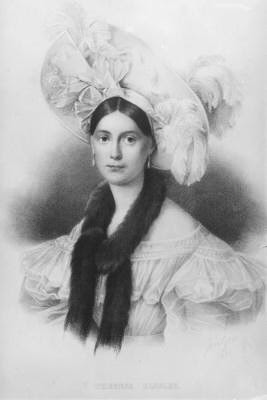 With that dumb hair and those crazy sleeves, this must be 30s too. 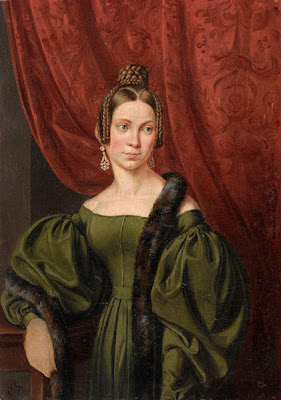 Here is an 1835s fashion plate with a stunningly long boa. 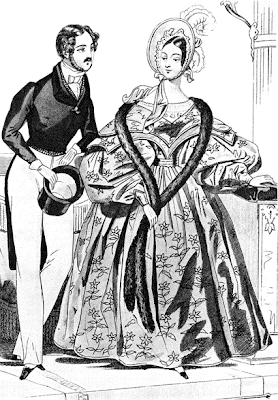 This one is 1835-1836 and not only does she have an impressive boa, but her turban is amazing. 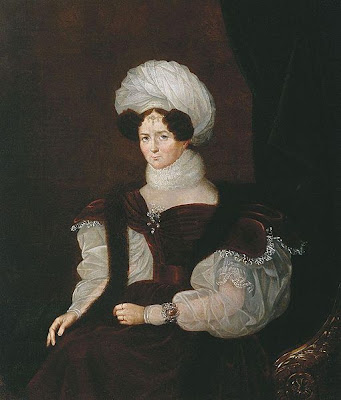 Here is Maria A. Bek in 1840 by Karl Brullov, with and without a kid. This one is so lovely. 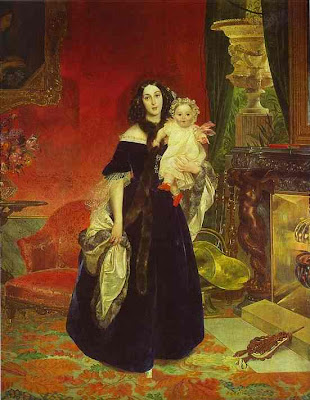 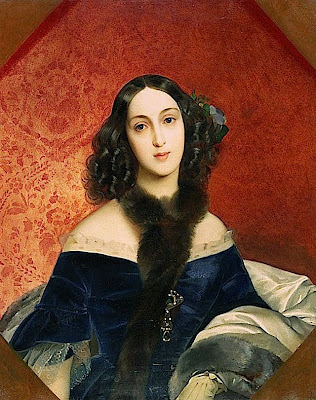 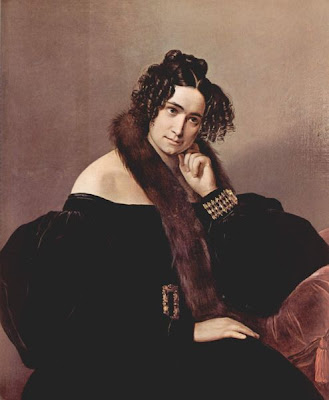 1848. This is the only picture where I've seen a man wearing one. Crazy. 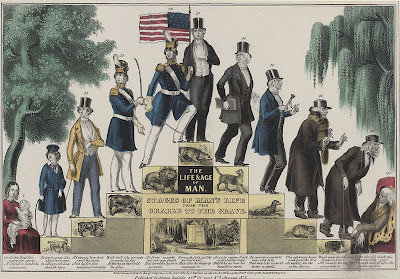 Ok, so this is getting a little late (1910), but it would be a fine look for Titanic events (the anniversary is coming up, you know!). 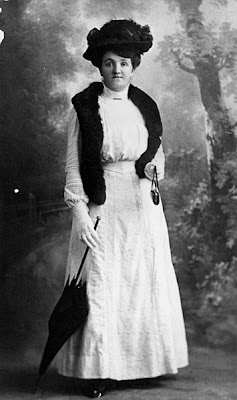 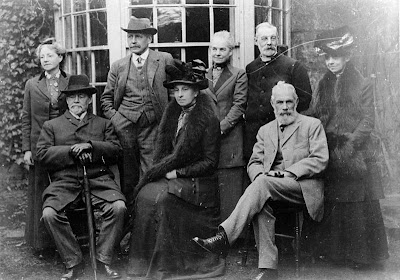 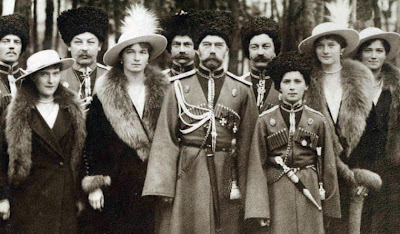 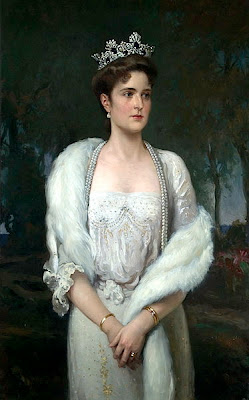 1918, but her name is Antonia too! Princess Antonia of Luxembourg, to be precise. 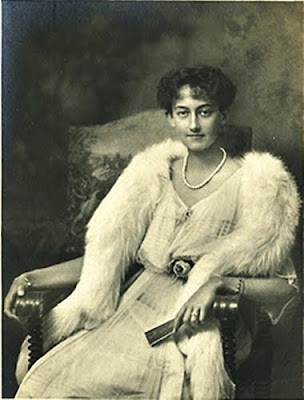 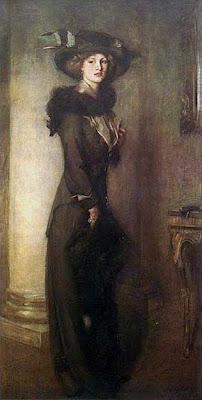 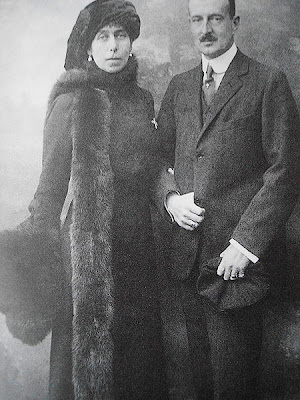 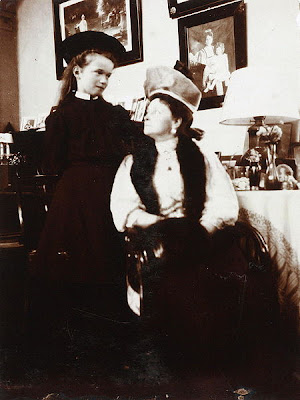 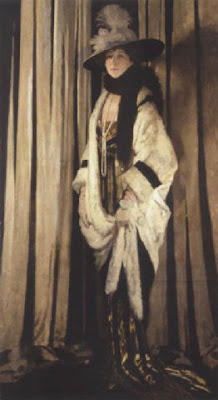 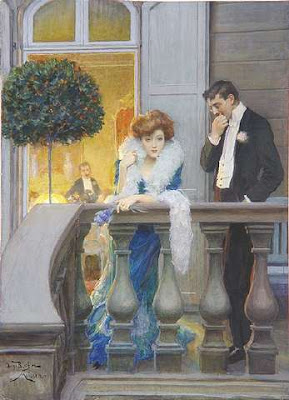 Posted by Antonia Pugliese at 9:27 AM